Ray of Hope is a Christian organization dedicated to promoting the sanctity of life, teaching sexual purity, and bringing restoration to women in the midst of a crisis due to an unwanted pregnancy or previous abortion.
Ministry Goals
A. Crisis Pregnancy Center and Maternity Care Home:

Minister to those facing an unexpected pregnancy through lay counseling, pre-natal and post natal follow-up
Share God’s love with all the clients including those who are in their Post-Abortion or Sexual Abuse Recovery Groups
Provide weekly Crisis Pregnancy Counseling training for volunteer counselors
Provide training classes for clients and train staff in regards to crisis pregnancy, parenting and/or adoption options

B. Worth Waiting For Department:

Provide work for ROH clients
Provide for the poor and needy of Taiwan
Share the gospel of Jesus Christ, Sanctity of Life and Sexual Purity to the community

In the spring of 1999, Carolyn Ardron, Beverly Bedwell, and Susan Thompson, met together for prayer at a Tainan Missionary Fellowship meeting.

God began to bring them together to begin to address the needs of Taiwanese women, and young people.

They began to share with local churches the burden the Lord had laid on them concerning the sanctity of life, and they discovered that many Christians had little understanding about this important Biblical truth. In fact it was not uncommon for local pastors to recommend abortion to women in need. Christians and non-Christians alike saw abortion as a viable birth control method. Thus the ministry of Ray of Hope was born.

They had a desire to bring God’s truth to the students, about their value to Him, and about His plan for sex within the bonds of marriage, which would help them to lay a good foundation for a great marriage and family life, and thus lead to healthy Taiwanese families.

In November 1999, they were privileged to have Pastor David Scherrer, MS Counseling, (President of “Worth Waiting For, Inc.”) and Linda Klepacki, RN, B.S.N.M. PH. (Director of Ministries) come to hold a training seminar and later a summit with government leaders, educators, and others interested in teaching character-based sexual education to the young people in Taiwan.

These training opportunities launched the Worth Waiting For (WWF) ministry to the youth of Taiwan. Since the year 2000, they have shared this message to over 70,000 students from upper elementary to university levels, as well as in youth groups throughout the nation.

In March 1999, Ray of Hope Crisis Pregnancy Center (CPC) began to counsel and help women facing a difficult and unexpected pregnancy. Their center offers free and confidential services to those who call their office or who come in. Their services include free pregnancy testing, prenatal counseling and natural childbirth classes, parenting and adoption counseling, as well as assistance with doctor appointments, and continuing emotional and spiritual support throughout her pregnancy and post-partum.

A three bedroom apartment was donated to Ray of Hope and it soon became a Maternity Care Home for women to stay in during their pregnancy.

Finally, in 2004, a five-storey building in the heart of Tainan City was donated to Ray of Hope. After moving their Crisis Pregnancy Center and Worth Waiting For Ministry offices into the building, they were also able to develop the basement, first and second floors into their Lighthouse Café and Youth Life Center to give them even greater visibility and opportunities to reach out and minister to the youth in Tainan.

Due to the students long hours in school, ROH made the decision to close the Lighthouse at the end of 2008 and opened the ROH Thrift Store on March 1st, 2009. ROH unwed mothers are provided jobs and income to give them stability and self esteem. The gospel and ROH ministry is shared with customers. Donated items are also used to bless the poor and needy of Taiwan.

Beverly Bedwell has been involved in the ministry of Ray of Hope as Co-Founder, and later Executive Director (January 2004 – August 2007). After her husband and Beverly Bedwell returned to Canada for an extended furlough in August 2007, Pastor Juanita Hebard became the new Executive Director of Ray of Hope. God be thanked for Juanita as well as the ten full-time Taiwanese staff, along with the many volunteers who minister in the various ministry departments at Ray of Hope.

In February 2008, Beverly and her husband, David, along with Susan Thompson, returned to Taiwan for a month. Ray of Hope, held their very first Walk for Life and in spite of much opposition from the enemy, over 600 people came out to join them and to declare that life is precious from the moment of conception.
Ongoing Projects
Give Hope a Home

Give Hope a Home was the theme for Ray of Hope’s annual fundraising banquet, which took place on November 1, 2009. A bluegrass band and bagpipes gave a variety of of music styles as 640 people attending heard Ray of Hope’s plea to raise monies for a half-way home. The home will be for unwed mothers who have adopted their baby through the ministry and have no safe place to live after leaving ROH. Orphaned and/or uneducated mamas often return to prostitution, selling beetle nut or living with men just to have a roof over their heads.
Walk For Life

The Chinese DVD can be viewed on the ROH website. The “Joy of the Chaste” Walk will focus on Sexual Purity this year, encouraging the youth of Taiwan to consider the pain, fear, and sadness of having sex outside marriage and the importance of faithfulness inside marriage.
500 “Guardian Angels”

Recruit 500 “Guardian Angels” to support Ray of Hope on a monthly basis
Future Projects
WWF also hopes to find Taiwanese stores in 2010 who will be willing to partner with ROH in giving a discount to students who show their commitment card to remain sexually pure.
Business Connect 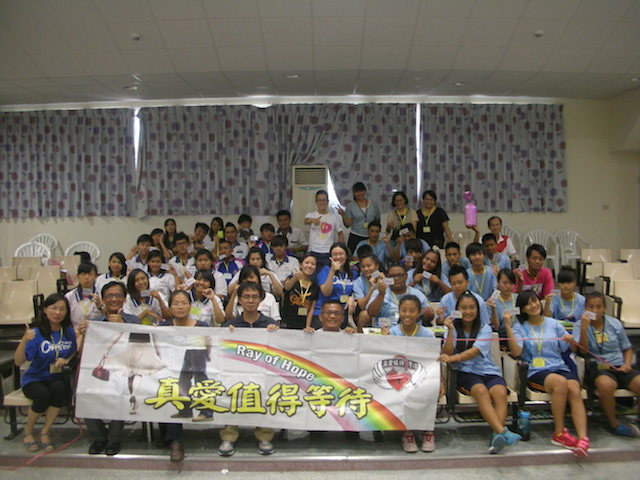 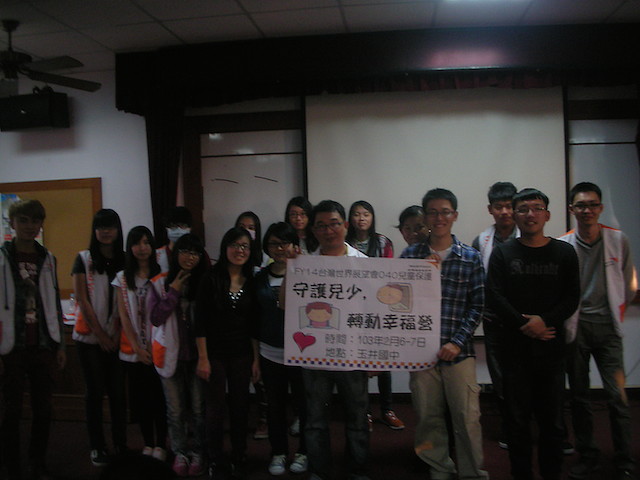 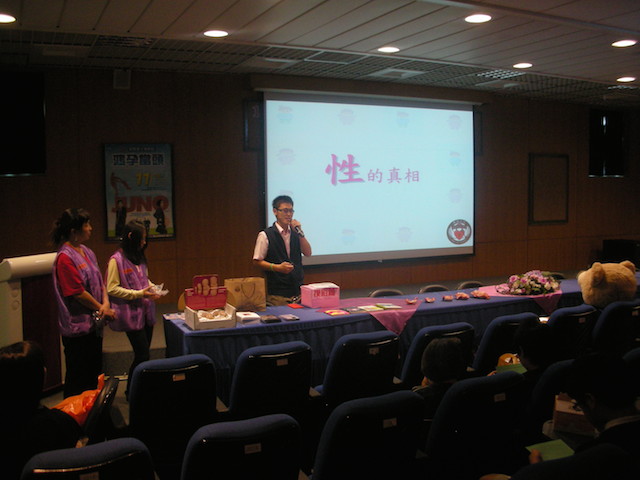 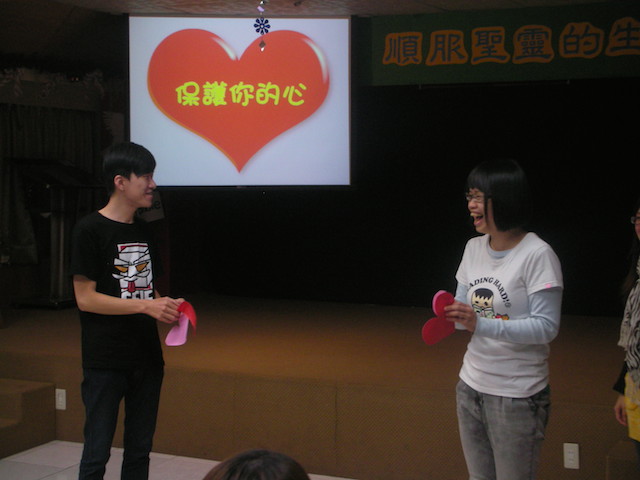 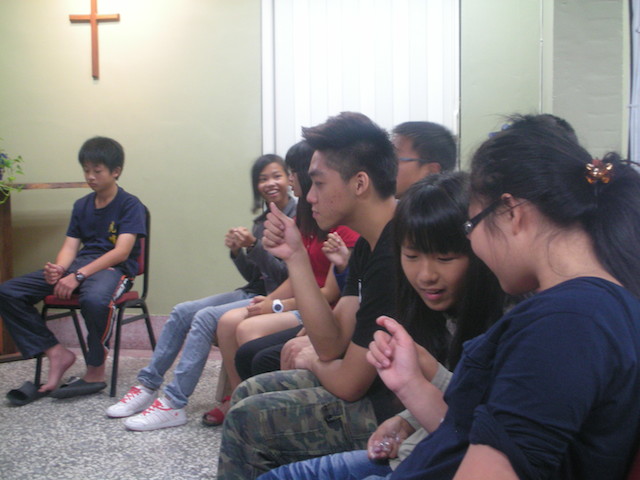 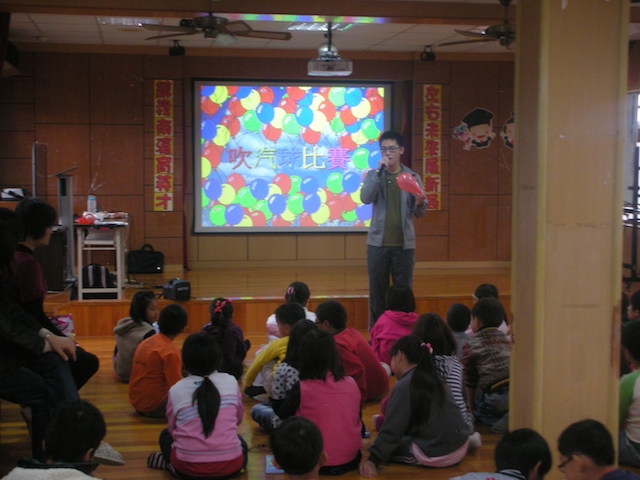 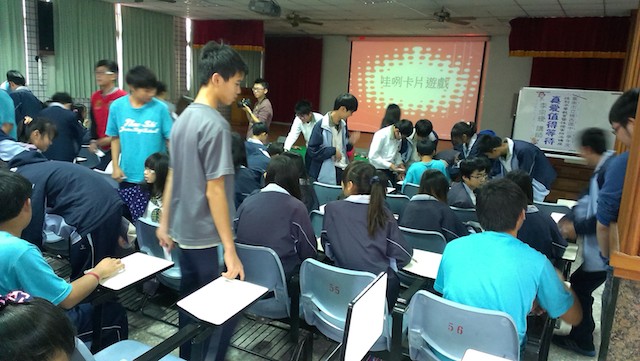 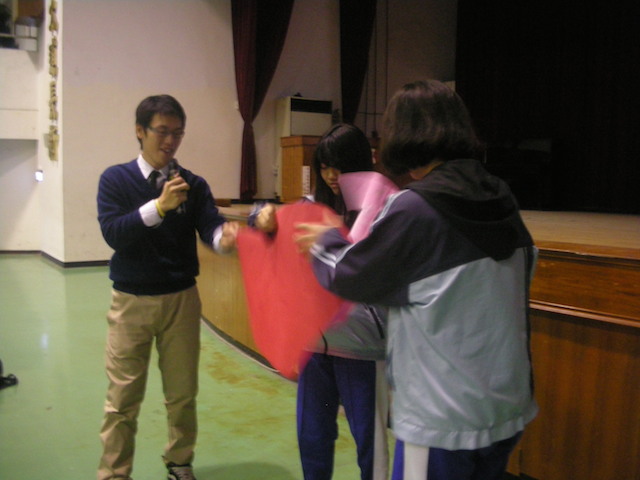 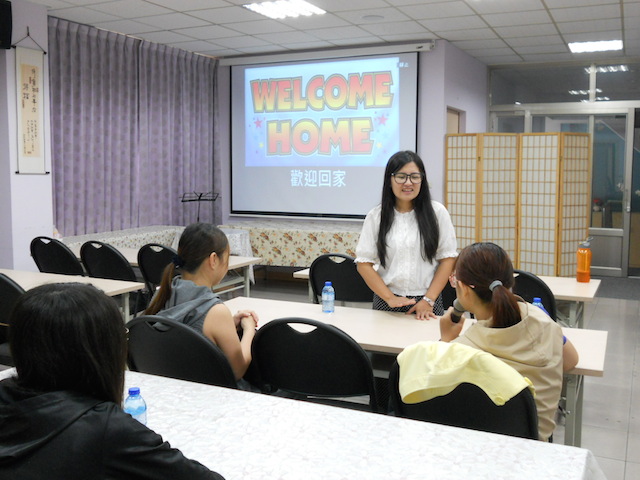 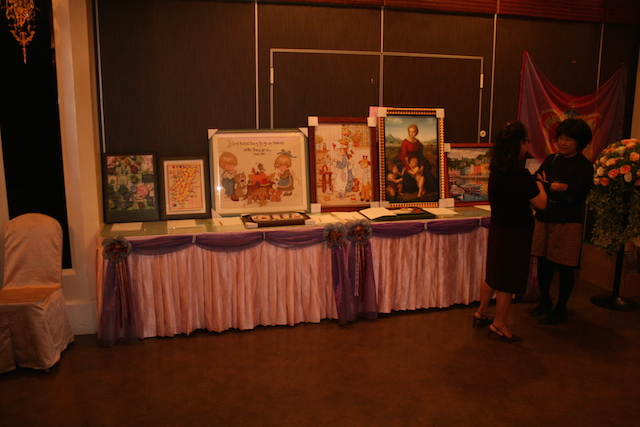 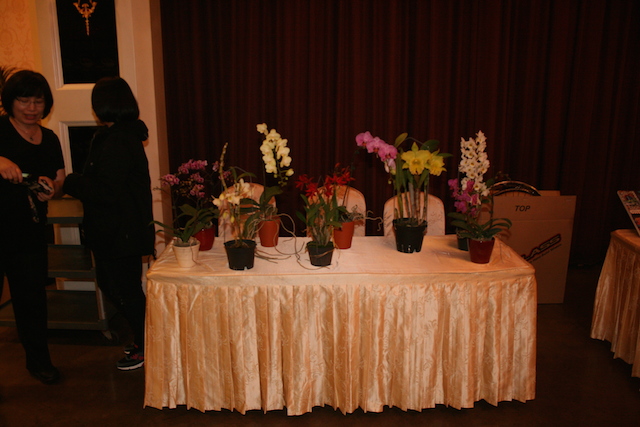 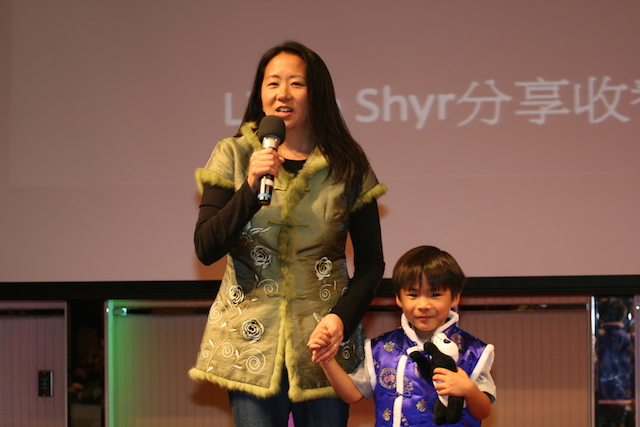 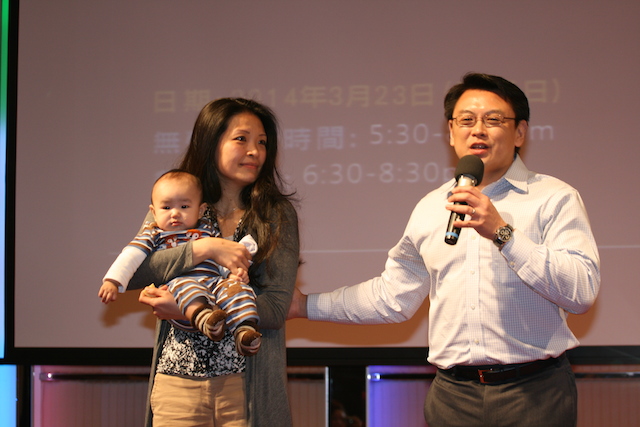 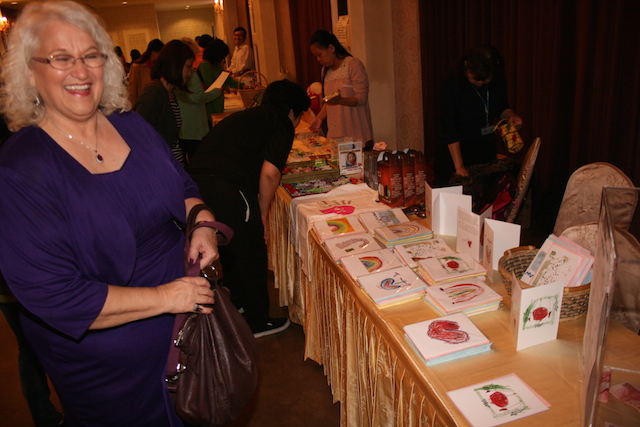 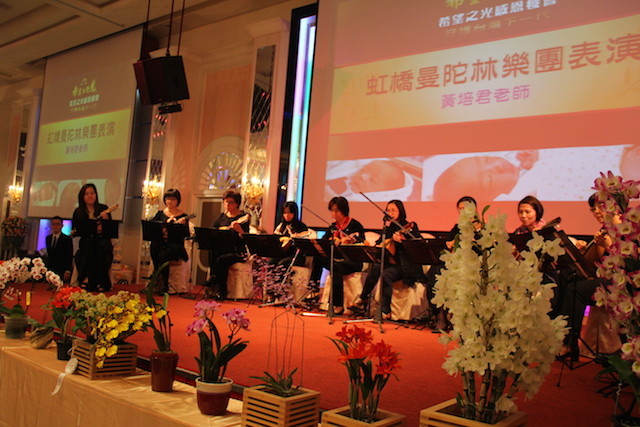 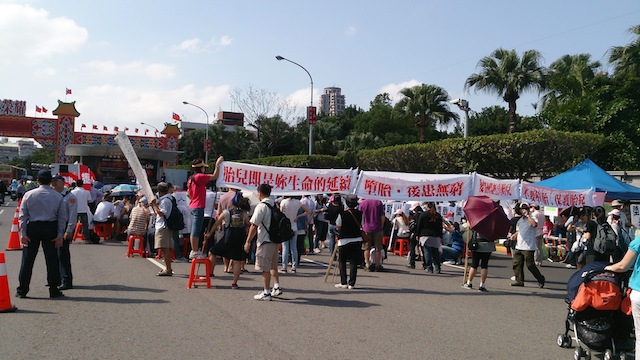 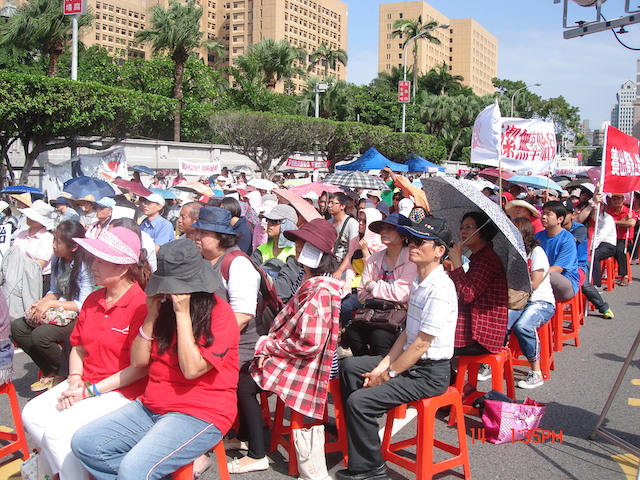 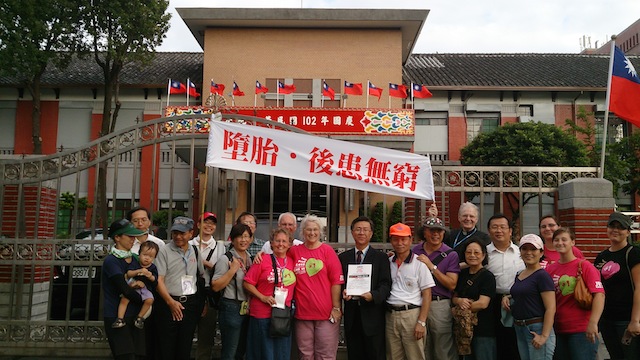 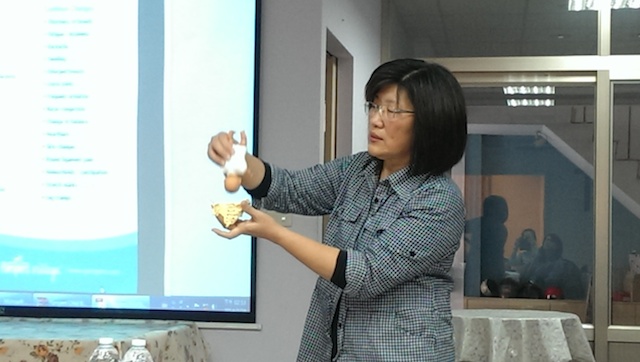 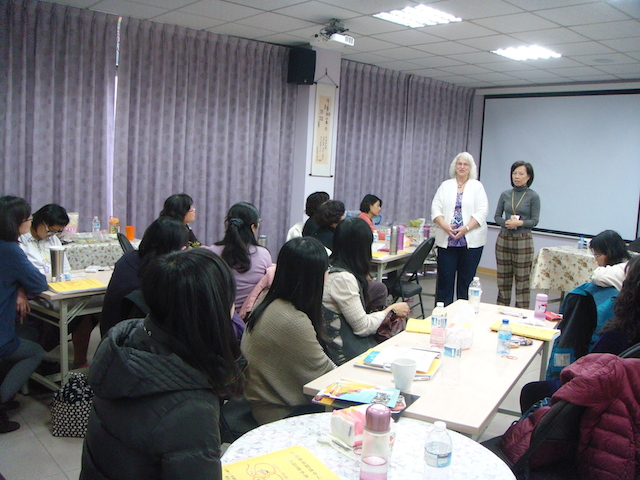 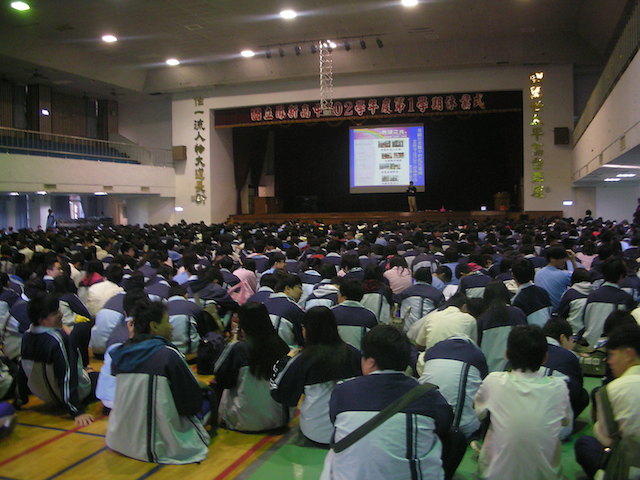 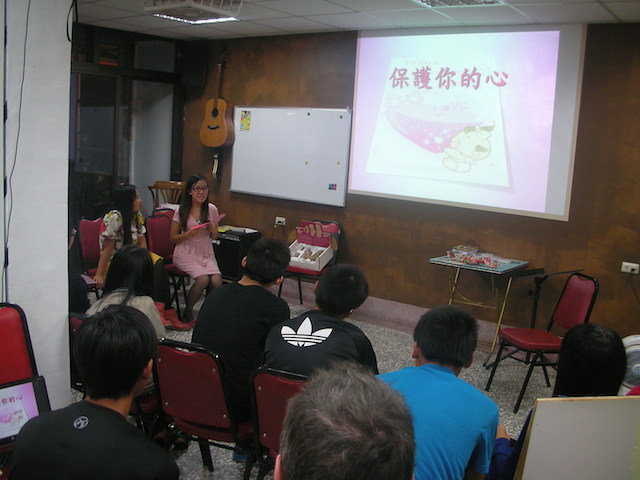 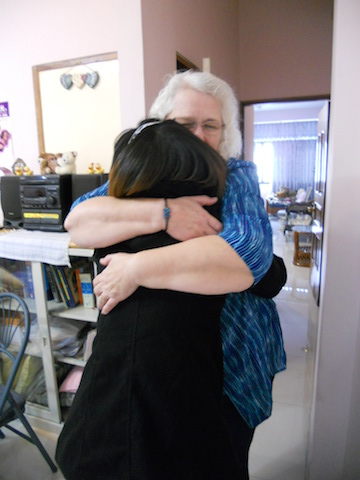